“It depends” is the most thoughtful answer to such a question.

The studies on this topic only describe the average value in a diverse sample.

In practice, a research doesn’t tell us what text size should be to engage our audience. It says only how the average content looks among several million posts, profiles from around the world, with different thematic categories and a different number of followers. That is, as the Russians say, the patients’ average temperature in the hospital. It makes no sense.

But still, such research can motivate to think, to make experiments and further analysis. I had to point out, however, that conclusions should be drawn cautiously, with many factors taken into account.

Instagram, as many still believe, is a social network for viewers. After all there are photos, videos and stories.

But in a few countries, Instagram users have a different opinion, such as Russia, Belarus and Ukraine. And I have reason to believe that this trend will soon become popular in the West.

So, Instagram users in Russia tend to write long texts. Sometimes they don’t even fit into limit of 2000 characters. In general there are two ways how Russians deal with longer texts: they add another part in the comments section or make screenshots of their Notes and post them in photo carousel. And, most importantly, their followers engage with these texts — they comment and discuss, as on normal blogs.

READ:  Which Russian social media to choose for promotion?

The social media content analytics tool Popsters.us have made a research and noticed a correlation between Instagram caption length and Engagement Rate — the longer the caption, the higher the engagement towards it.

Which countries have the longest captions?

Another social media tool Pandarank.com have analyzed 35 million posts worldwide and created a detailed infographic. On average the longest posts are made in Russia, Ukraine, Belarus and Kazakhstan (all using Russian language as their main):

Some examples of such profiles.

On the other hand, a similar analysis of Western profiles showed an inverse correlation. Firstly, in the United States, posts are on average about 2 times shorter than in Russia, and secondly, short posts generate more ER. The only exception are celebrities’ profiles, which can generate a huge engagement without any descriptions:

So, is it worth writing long captions on Instagram? Yes, generally it makes sense.

But, as usual, the devil is in the detail. Before making a decision, it is necessary to figure out several issues:

Not every business needs a blog, and not every business that needs a blog is able to consistently conduct it. However, those who know their target audience well and have the resources to create long content on Instagram certainly have a chance of success, as many examples from the Russian-speaking internet. 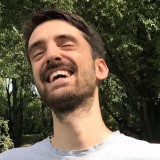